My father was a craftsman in every sense of the word.

Whether he was restoring a Victorian home or building an outhouse in the Maine woods, he always did everything “just right.”  His corners were square, he never missed a detail, and you can bet whatever he built would stand the test of time.

He tried passing on his ideals to my sister and me growing up, with varying degrees of success. “Do it like you care,” he’d snap while making us restack the woodpile or rewash the dishes until we got it right.

As nervewracking as this was at times, I’ve inherited some of my father’s lofty ideals.

I’ve often criticized my cooking, creativity, writing, singing, dancing, banjo playing, appearance, social skills, confidence, and so much more. I’ve exhausted myself while striving for “perfection” and I’ve projected my insecurities onto those I love—all because I was afraid of not living up to my own expectations.

Just to be clear, I don’t believe perfectionism itself is unhealthy. It’s natural to value beauty and craftsmanship, and sometimes it’s important to refine something to the finest detail. The key is knowing when to refine and when to let it be good enough. 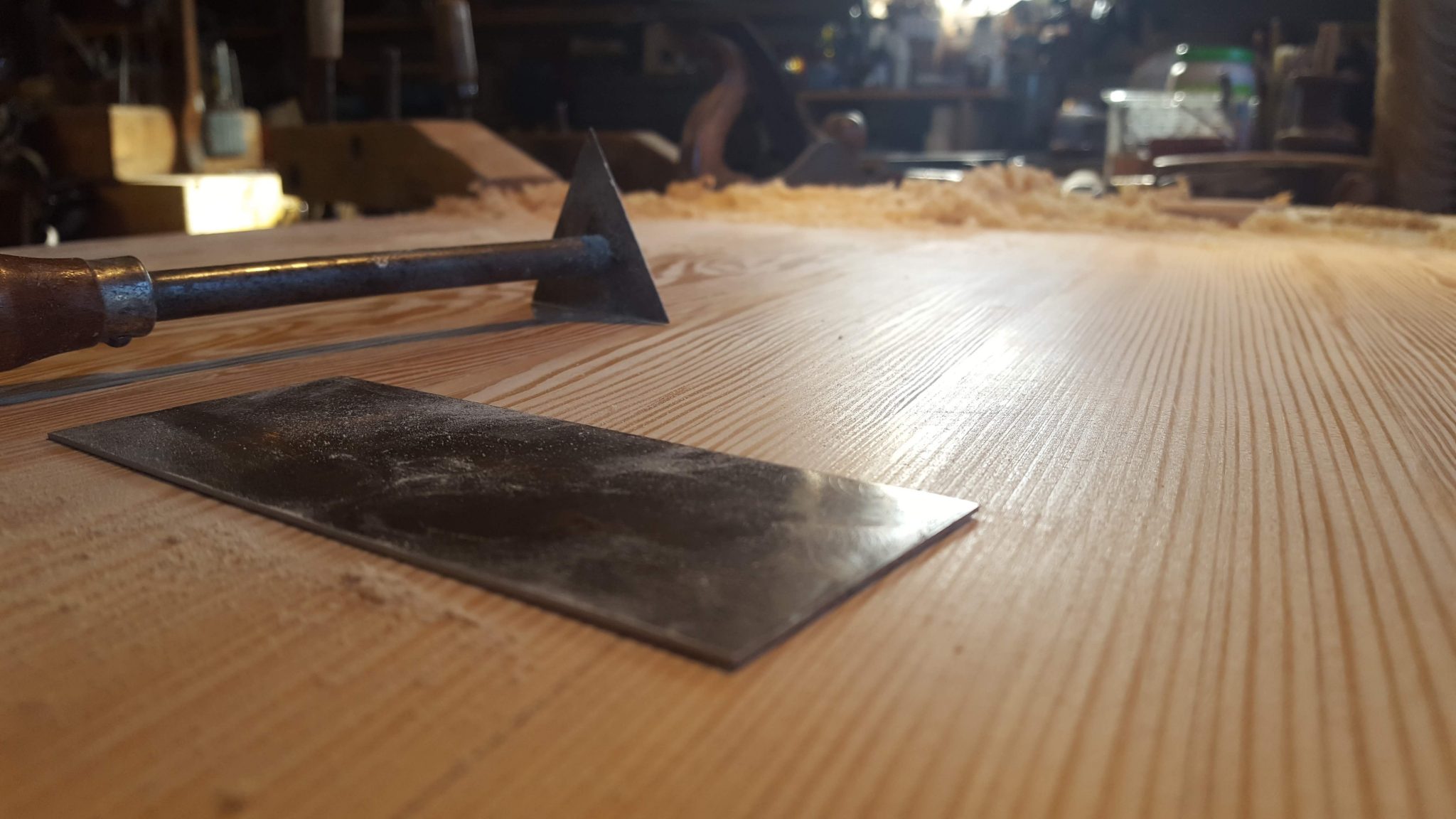 In the Five Element tradition of Chinese medicine, to strive for excellence, you must first know what’s good enough. In other words, can you be satisfied with your charred toast, lop-sided birthday cake, or imperfect paint job? Is it a situation that truly requires excellence? Or can you embrace its rough-around-the-edges-good enoughness—at least for now?

The more we accept our situations as sufficient, the more we can make improvements in a healthy, fulfilling way.

On the other hand, when we’re unable to feel satisfied with what’s good enough, we’re more likely to have a skewed sense of value and worth. We then get caught up in details and struggle to see the beauty of a finished project—or never finish it at all. We can become overly-critical, rigid, and maybe even riddled with compulsion.

Eventually, we start to question our own self-worth. “It’s not enough,” becomes “I’m not enough.”

This is an exhausting, vicious cycle that can limit your opportunities, chop away at your freedom and creativity, and keep you from being your fullest self. 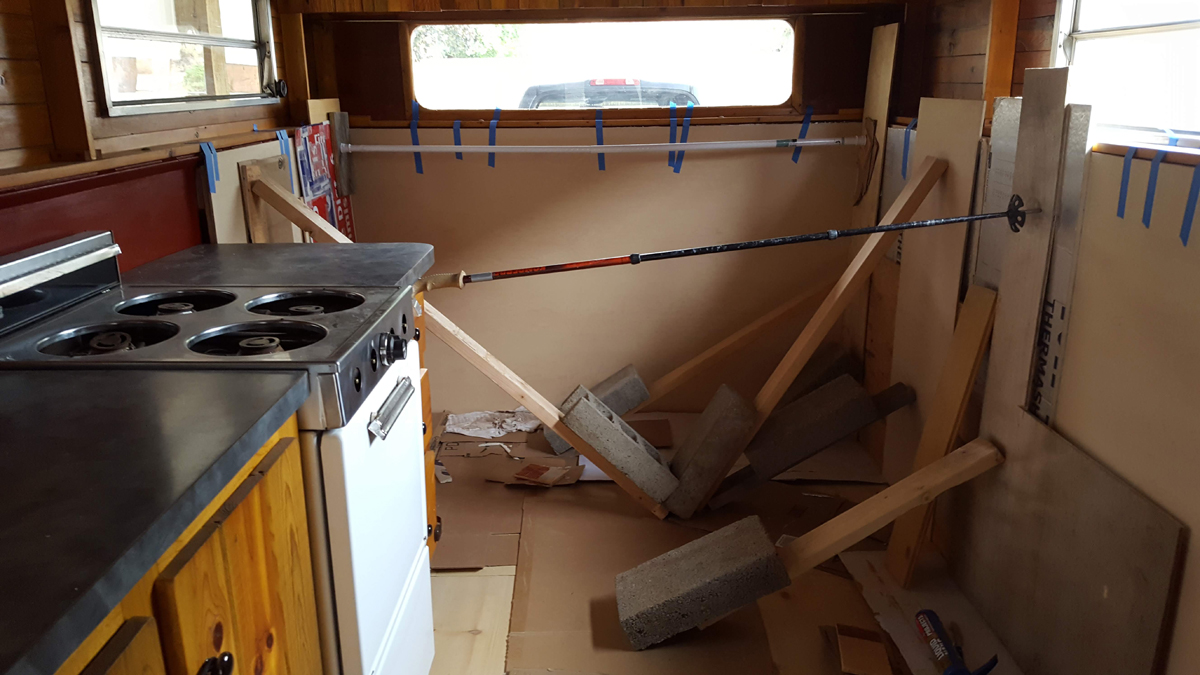 A few years ago, I inherited a travel trailer that my father built 15 years ago. It was still in good shape but needed a lot of love.

When Little A was reunited with her mother last year, I decided to work on the trailer as a way of transforming my grief. What I didn’t expect was that it would also become a healing practice of letting things be good enough.

As I scrubbed and sanded, I noticed old voices popping up in my head. I heard my own judgments and self-criticism as well as my dad’s voice telling me to do it better. I felt like an anxious child again, not living up to his expectations and messing up his craftsmanship. I could feel my gut tighten as I became more critical and demanding—both of myself and Jason.

I tried not to judge myself, and instead, I watched where the feelings were coming from. I began seeing myself as a child, learning how to do something for the first time. I could feel youthful curiosity deep inside of me, longing for the chance to be free. Instead of speaking to her with a critical tone, I decided to give her space to make all the mistakes necessary to learn and express herself.

A funny thing happened. I started to relax and feel more creative and free. 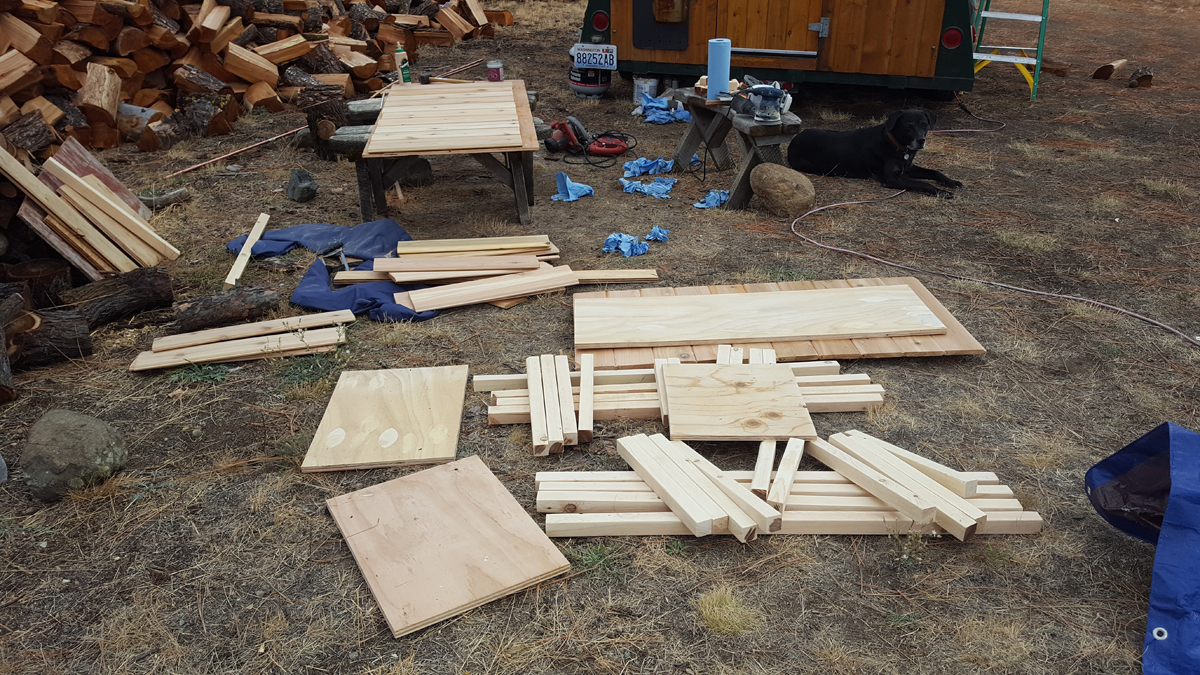 The narrow twin bed at the end of the trailer worked well for my father, but it didn’t fit the needs of our family. Instead, I imagined sturdy storage benches to sit on and a table to gather around.

It had been almost 30 years since high school shop class, and I had no idea how to build benches or a table. I read countless blog posts and watched dozens of videos before I finally decided to just start building and see what happens. I made lots of mistakes, but instead of feeling anxious and self-critical, I felt excited to see my vision come to life.

At one point, I realized I didn’t have the tools and know-how to finish my table, so I reached out to my community for help. That’s when I met my friend, Tom, a local woodworker who took me under his wing and showed me the world of hand tools. He never criticized or judged, but rather gently guided me, giving me all the space I needed to experiment and learn.

I spent hours and hours in his shop, mesmerized by the paper-thin spirals that emerged as I scraped and planed. I deliberately chose not to use electric sanders and shiny coatings. I wanted to feel the natural textures of the wood and the imperfections of my novice scrapes and plane mark–just to remember the process. 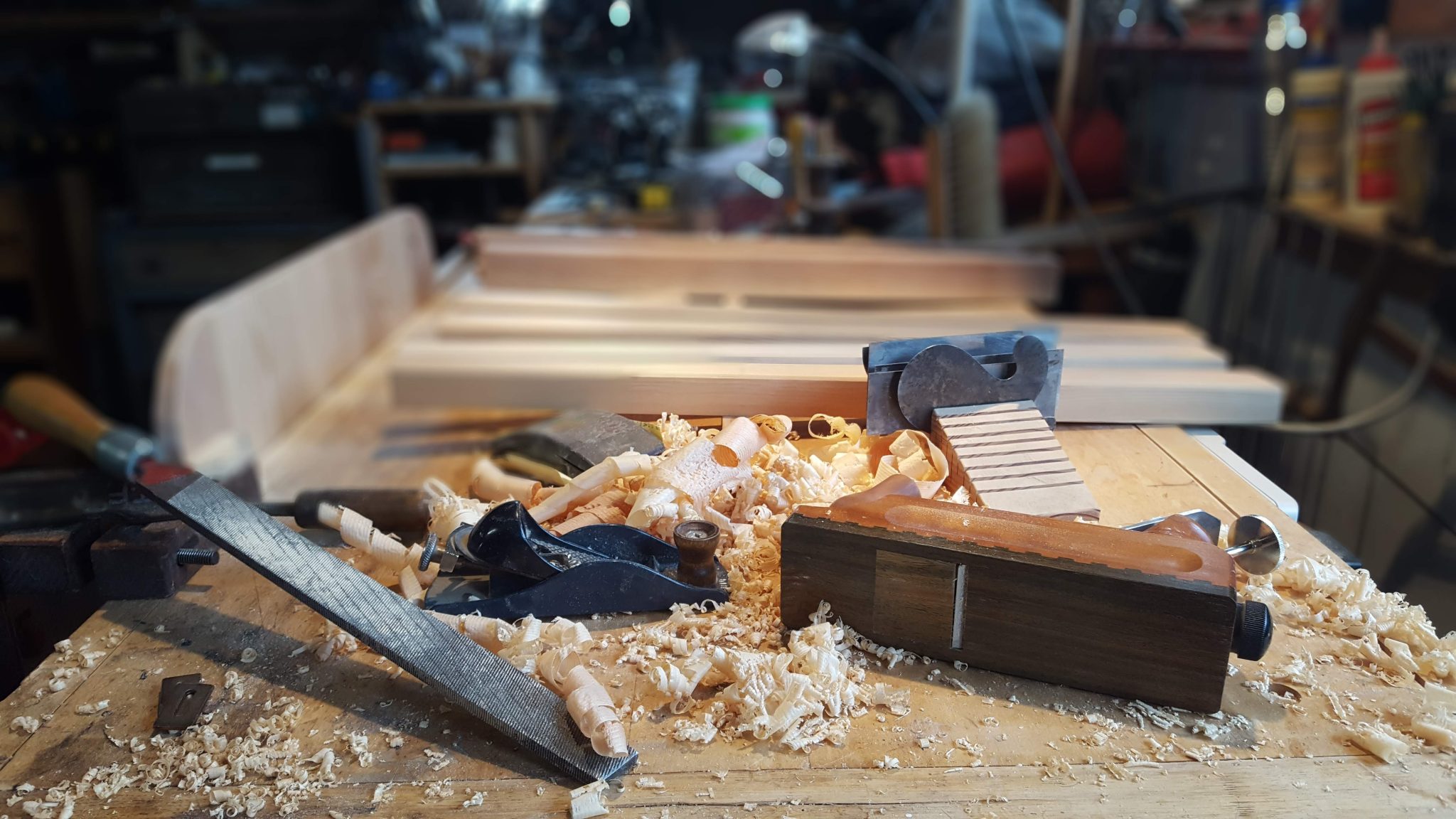 I know my father meant well when he was hard on us. I know he wanted us to value beauty, integrity, and respect as much as he did, and I appreciate everything I learned from him. I just wonder if he knew how good enough he was—even without all the flourishes and fine details.

It may sound strange, but I felt like my father was with me working on this project, and it was healing for our relationship (even though he’s no longer living). I didn’t try to change my father’s expectations of himself or me, but I did change the way I received it. The more I gave myself the freedom to make mistakes and feel satisfied with a job done good enough, the more the critical voices subsided.

I believe letting things be good enough (unless it’s truly important to strive for excellence) is essential for living a healthy fulfilling life. It’s not always easy, but it’s well worth practicing every day. I like to think this can be healing for those around us as well—because the more we see our own good enoughness, the more we can see and reflect the good enoughness in others.

So as you prepare another meal, write your next blog post, or fold those awkward fitted sheets, ask yourself, “do I really need to fuss over this? Or can I bask in the satisfaction of a job done good enough?”