Slooooowly but surely, I started regaining weight, one ounce at a time.

The enzymes Dr. Rachman gave me helped me digest my food and absorb the nutrients my body needed to function. I felt like I was coming back to life after five long years.

Suddenly, everything felt richer and more meaningful. Simple things like going for a walk or picking out my own vegetables felt exhilarating—even moving me to tears. I still had rough days, but it didn’t matter as much. I felt like I had another chance to live, and I was willing to do anything to make the most of it.

That’s when I decided to officially apply to college. Up to this point, I’d been taking classes (one at a time) as a non-degree student, hoping this would help my chances of getting accepted. And I needed all the help I could get.

In high school, I ranked second-to-last in my class of 32 students. My teachers told me I didn’t try hard enough. It’s true. I gave up after a while, but it wasn’t because I didn’t care. I didn’t understand most of what I read, and numbers sent me into sheer panic. I pretended good grades weren’t important to me, but deep down, I felt embarrassed and painfully insecure.

If I hadn’t gotten sick and become so determined to learn about health, I don’t think I ever would’ve considered college.

And I never would’ve imagined this… 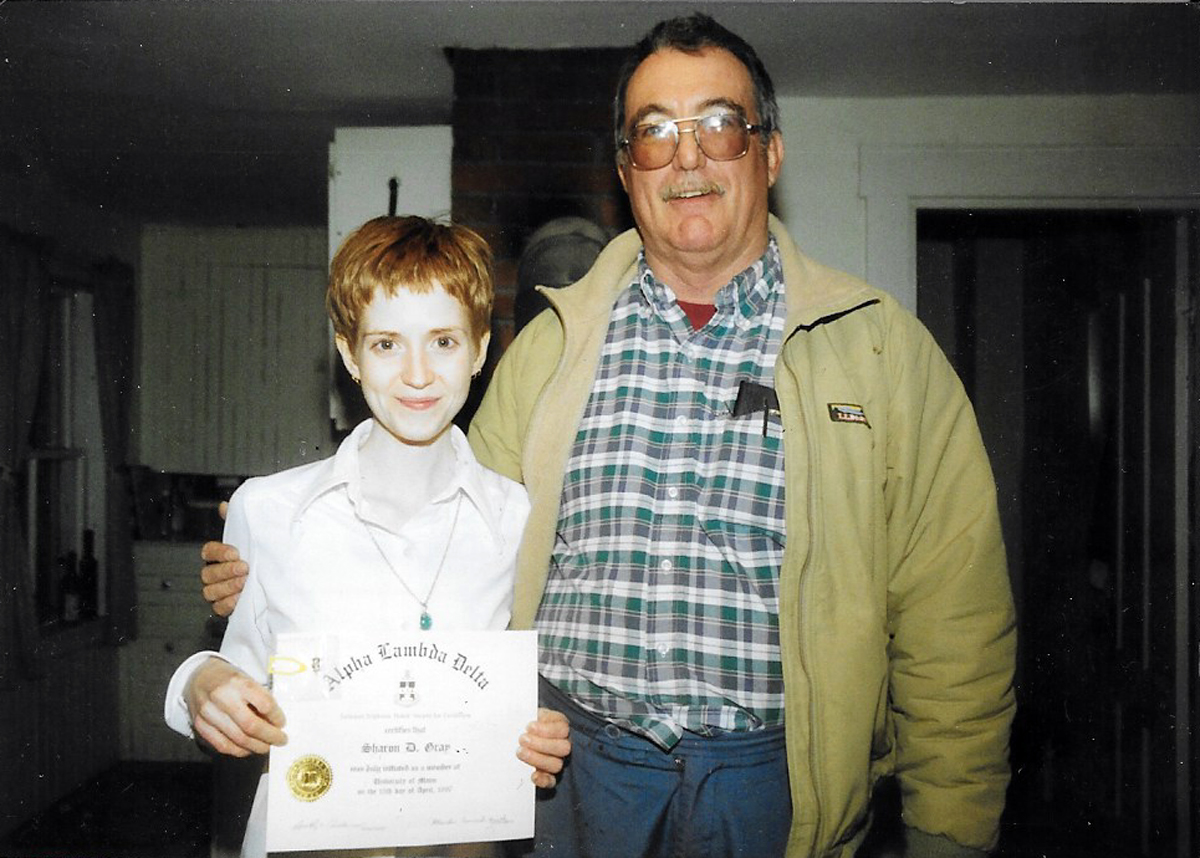 That’s me holding my first-ever honors award a year after being accepted into the University of Maine’s Food Science and Human Nutrition program. I had also put on about 15 pounds so far, which was another reason to celebrate.

The fellow standing with me is my step-dad, Bill, a life-long teacher, advocate, mentor, and the most supportive, loving dad I could ever hope for. I’ve often wondered how my life would be different had I met him sooner or if he was my teacher in school. I have a feeling I would’ve had more confidence and healthier coping methods growing up, but I think things worked out just the way they were supposed to.

Around the time I applied for college, I also got the feeling it was time to move again. As much as I appreciated the security and affordability of disabled housing, I felt like I needed something different for this next stage of my healing.

After a bit of searching, I eagerly answered an ad I found on the bulletin board at the local health food store. A food-loving, vegetarian couple was looking for a communally-minded roommate to share a wood-heated home with a garden. It sounded perfect, and I was thrilled when they invited me to live with them.

But things didn’t go quite the way I expected…

It had only been six months since my organs were shutting down, and I wasn’t nearly as ready for communing as I thought I was, much less chopping wood or gardening. To make matters worse, I had also become deathly afraid of anything that could make me sick—like eating food prepared by other people, dirty kitchen sponges, or anyone with the slightest hint of a sniffle.

I felt guilty and ashamed of my physical and emotional state, so I spent most of my time hiding in my room. I even ate my meals in front of a 12″ staticky television, trying to distract myself from my anxiety and loneliness.

My roommates were very patient, but as we approached the end of my lease, they kindly asked me to leave. I agreed it was for the best, but underneath, I felt like I had failed, and there was something terribly wrong with me.

And then I remembered something my Aunt Irene shared with me when I was bedridden at my parents’ house. She urgently told me I needed to heal my shame, and she gave me some cassette tapes to listen to. I couldn’t understand what shame had to do with my anxiety and physical illness, so I pushed it out of my mind. But now, I was starting to wonder.

I grabbed my phone and frantically dialed Aunt Irene. “I want to learn more about shame!” I cried. And she calmly replied, “I’ve been waiting four years for this phone call.”

A few weeks later, I was in her treatment room in Rhode Island—learning, forgiving, and crying a lifetime of tears. I still had a whole lot of work to do, but a seed had been planted—actually, seven seeds. 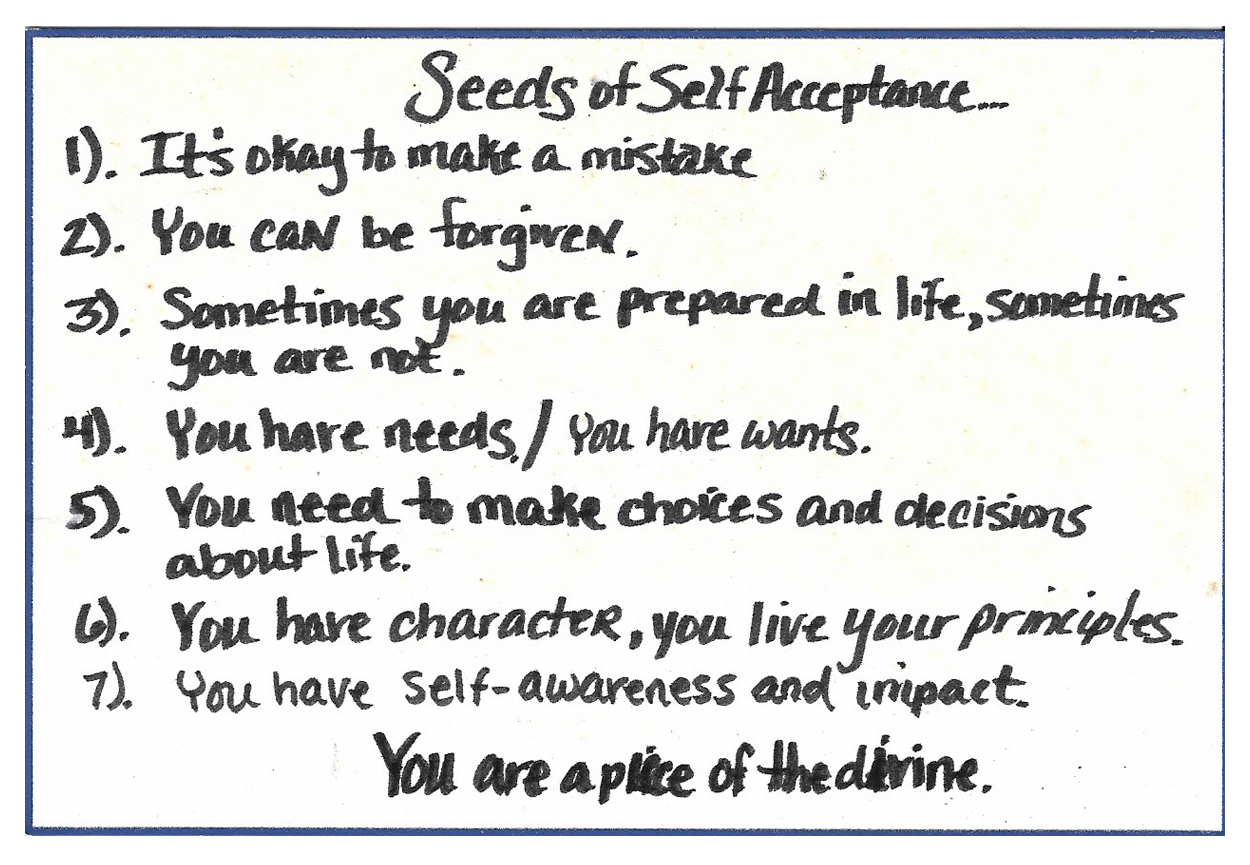 This is the reminder card I made on that visit 25 years ago. 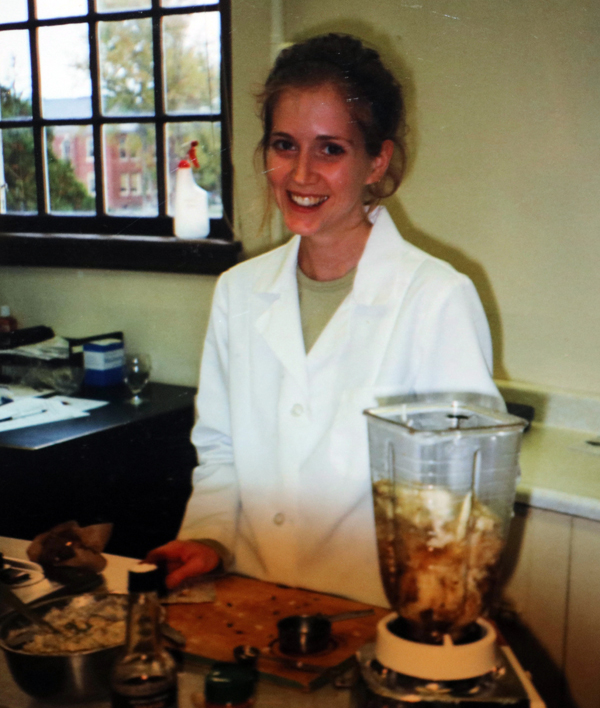 With the help of acupuncture, enzymes, and my new shame-busting tools, my health improved exponentially. I now lived with my friend Amy from New York (who’d seen me at my worst), and I was finally well enough to attend school full-time.

I was so grateful to be alive and doing what I loved that I even enjoyed the subjects I struggled with, like Chemistry and Algebra. Okay, maybe not Algebra. Rather than shutting down when I didn’t understand something, I got creative and more resourceful—like babysitting my teacher’s kids in exchange for tutoring or retaking classes voluntarily.

Meanwhile, my passion for nutrition grew stronger than ever. I couldn’t wait to share what I was learning, so I started volunteering every chance I could get. I taught nutrition classes at the local elementary school and a halfway house for teens. And I created a program offering free nutrition counseling through Planned Parenthood. I felt like I had found my calling.

Over time, I became more confident and comfortable in my skin. I made good friends, and I even got married. But I still had a lot of fear and anxiety, especially in situations I couldn’t control. This got me thinking about new ways of challenging myself.

The following semester, my husband, “Sam” and I signed up for a beginner rock-climbing class. I didn’t know a thing about climbing, but it seemed like a good way to face my fears.

On the first day of class, we sat on the campus lawn and introduced ourselves. I assumed we’d head over to the climbing gym next, but instead, we were each handed a rope, some shoes, and a helmet and led to a white van. I don’t know which was more terrifying to me at that moment—the thought of falling off a jagged cliff or riding on windy back roads with a bunch of strangers for who knows how long. Probably the van ride.

As challenging as it was at times, that class changed my life. Scrambling up those steep rock walls showed me how much is possible when you shift your perspective and reach beyond your comfort zone.

At the time, my comfort zone was within a 100-mile radius, not too far from my kitchen and bed. Once again, it was time to stretch a little further, so I unfolded my map of the United States, and I pointed to the area that intrigued me the most. The next thing I knew, Sam and I were towing a U-Haul to Flagstaff, Arizona.

I didn’t go gracefully. I cried all the way to Mississippi, and I wanted to turn around several times. But then something unexpected happened. Maybe it was the wide-open sky or the dramatic mountains in the distance, or maybe I just had enough. Whatever it was, something broke free in me on that trip, and it opened up a whole new world of possibilities.

While in Flagstaff, I attended Northern Arizona University for a semester through an exchange program. I learned new skills, made more good friends, and continued to challenge my beliefs on the rocks. Sam and I had such a good time, we did it again the following year—driving two full laps around the country before returning to Maine for the final stretch. 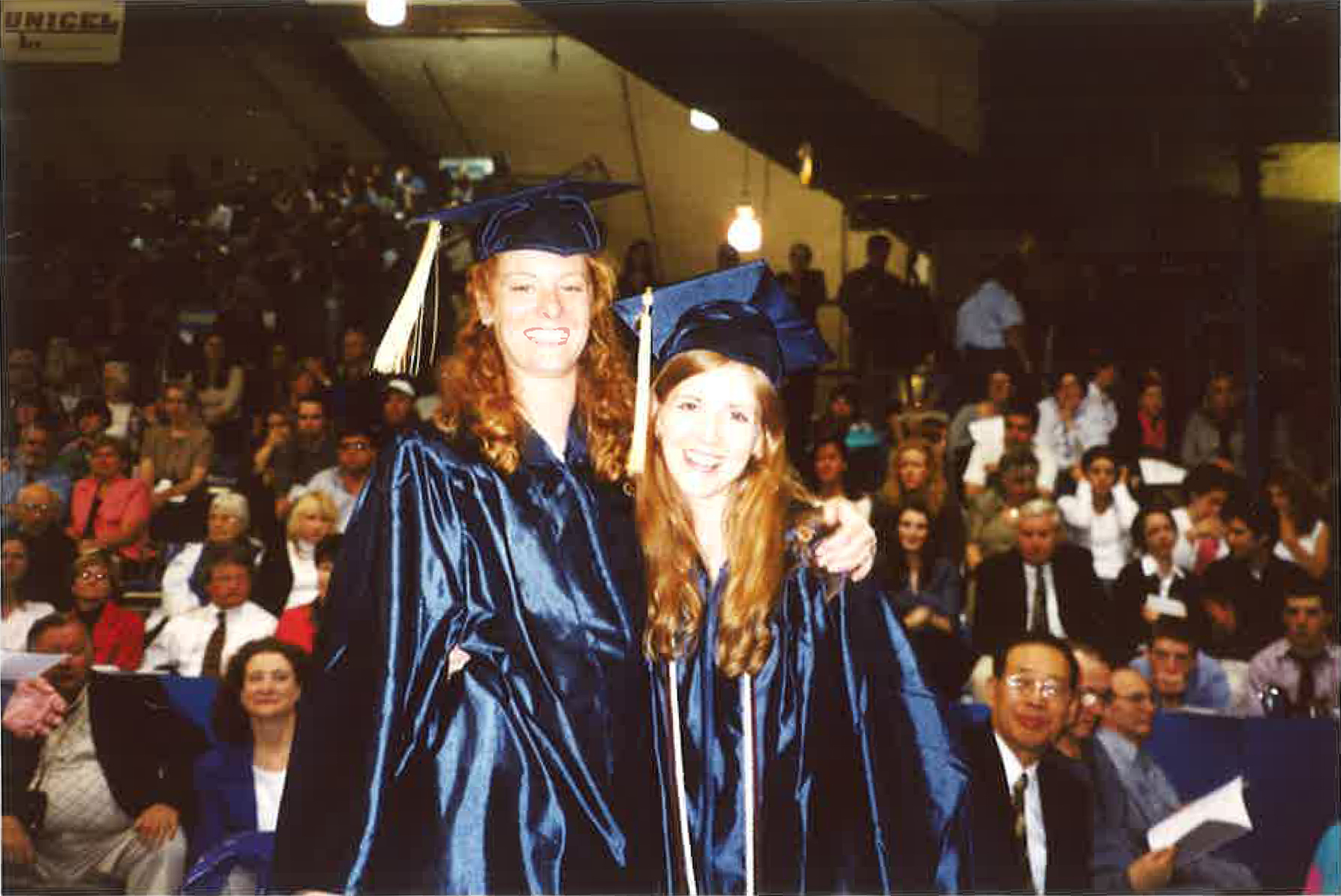 Me and one of my best buddies, Marcy.

College was over, but I felt like I was just getting started.

The next step was heading to Seattle, Washington, for grad school at Bastyr University.

I had it all planned out. First, I’d get my Master’s degree in Nutrition, and then I’d complete the Dietetic Internship to become a Registered Dietitian. I also couldn’t wait to take some Chinese medicine classes on the side. I figured it would take about two or three years, and then Sam and I would come home to Maine and live happily ever after in our log cabin in the woods.

But that’s not at all what happened…

To be continued (one more time)

This post is part of a series about my adventures healing from chronic digestive issues.

To view all posts related to my story (in order), click here.