Coming to a Head

Graduation was just around the corner, and I had one thing on my mind—to move to the city and become a hairstylist.

It was a dream I’d had since I was five years old. I’d spend hours giving my mom “free hairdos” in my imaginary salon. Here’s one of the first of many “tickets” I made, promoting my services (this one could use some editing). 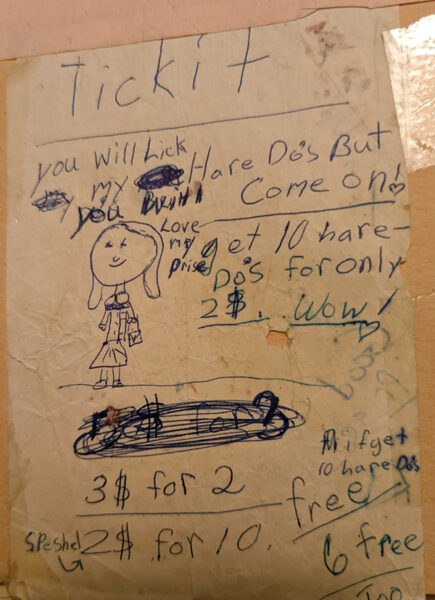 It wasn’t long before I began experimenting with scissors on my dolls, and then my own hair, and then my most forgiving friends and family. My ultimate goal was to become a runway stylist in New York City. Yup, this country girl who barely uses a brush.

Everything was going as planned. Almost.

I still felt constantly queasy, and I kept getting sick with what felt like the flu every couple of weeks. By the end of the year, I had missed 28 days of school. I wasn’t all that worried because I was still passing all of my classes—or so I thought.

Two days before graduation, I found out I had failed Advanced Typing by two points, and I wasn’t going to graduate with my class. I felt heartbroken and humiliated, and I couldn’t understand how this happened. Typing was one of the few classes I did well in.

My parents called for a school board meeting, which revealed the real reason I wasn’t graduating. My teachers admitted they didn’t believe I was sick, and holding me back was their way of making a statement for future “school skippers.” This came with a stern warning that I was in for a rude awakening in “the real world.” There was nothing we could do to change their minds.

I might not have worn a cap and gown or received my diploma with a handshake, but they didn’t hold me back. I got my GED, so I could still start cosmetology school in the fall. In the meantime, I enrolled in a couple of art courses (the kind you do through the mail) to make up the missing credit. It took me two years to finish those courses and get my high school diploma (which also came in the mail). I’ll explain why soon. 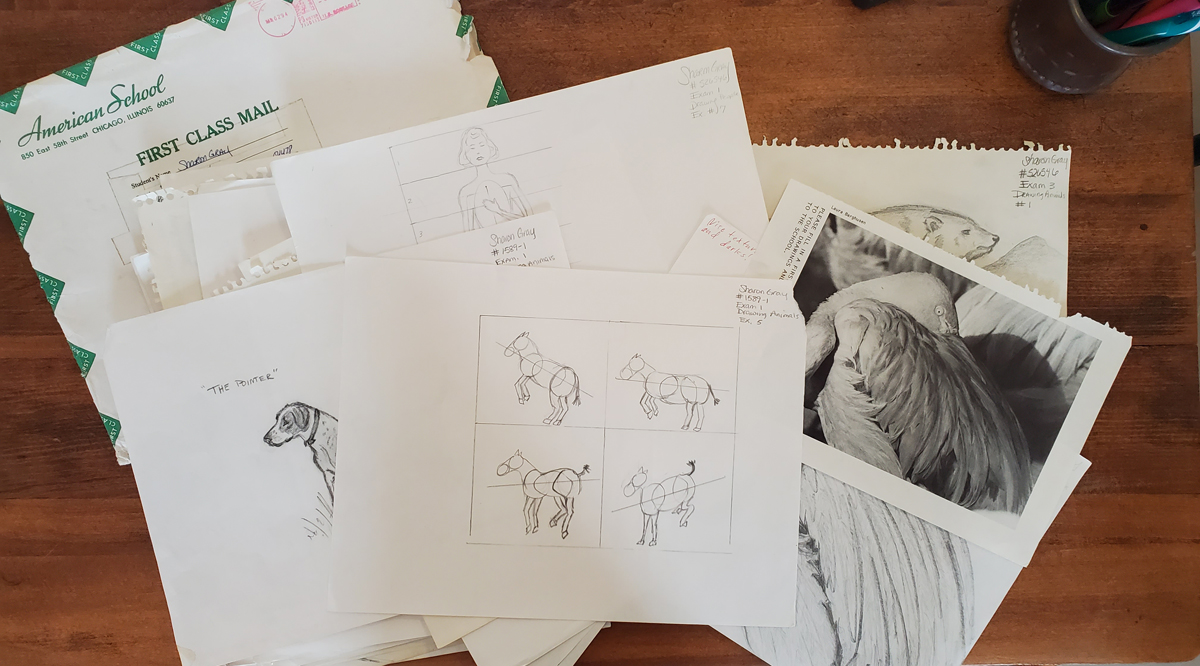 The queasiness and frequent “flues” continued throughout the summer.

The doctor informed me there was nothing wrong with me, and it was all in my head. I don’t think he used those exact words, but that’s how I interpreted it. The trouble is, I started to believe him.

I figured if I imagined this sickness, all I needed to do was push myself harder. So that’s what I did. I waitressed in the morning and cleaned cabins in the afternoon. I stayed up late with friends and went camping and hiking on my days off—all while feeling varying degrees of horrible.

But there was one thing I couldn’t do anymore, and that was drink alcohol. My consumption had already dwindled to an occasional regretted beer, but even that was too much. On my 18th birthday, I ditched booze for good—along with cigarettes and mind-altering substances. I tried using marijuana medicinally a few more times, but it didn’t seem to help, so I ditched that too.

Despite my sobriety, I still tried being a part of things for a while. I remember playing a memorization-based drinking game with my friends called One Fat Hen. Instead of taking a swig of whiskey when I goofed, I choked down a bite of plain, unsweetened yogurt (which Mom heard was good for digestion). I still remember every word of that game to this day.

Unfortunately, yogurt wasn’t enough to heal whatever was brewing in my gut.

That fall, I packed up my car and headed to cosmetology school in Portland, Maine, caravanning with my best friend, “Brad.”

Brad and I bonded in the second grade when we put on our first impromptu puppet show with a disco theme. We shared a lot over the years, including the dream of becoming a hairstylist.

We rented a 2-bedroom apartment together in what was then called the Sonesta Hotel in the center of town. It was an old, barebones hotel suite with a kitchenette that closed up like a closet.

The best part was that it was right across the street from a funky little dance club called Zoots. Two or three nights a week, Brad and I would line up outside the club with a group of local teens—in our best baggy jeans, tight shirts, and Doc Martens. After last call around 1:00 am, they’d let us in to dance our underage hearts out until closing. Sometimes it was just for an hour, sometimes a few if we were lucky.

As fun as it was, those late nights didn’t help matters.

My symptoms were getting worse, and I could no longer hide that I was sick. My skin was sallow and pale, and my eyes were sunken with dark circles. People started staring at me with sympathy or judgment.

The foods I always loved felt like poison to me now. Ice cream, hot dogs, pancakes, even lobster sent me straight to bed with debilitating nausea, making eating in public incredibly anxiety-provoking.

Somewhere along the line, I heard about a women’s health clinic that was famous for its holistic approach, so I thought I’d give it a try. After answering a handful of questions, I was diagnosed with Irritable Bowel Syndrome and given a prescription for antidepressants—which I took as confirmation that my symptoms were all in my mind.

I figured I just needed to push myself harder, so I got a part-time job on top of my 40-hour/week school schedule. I made it through 10-strand braids and buzz cuts (about six weeks) before it all came to a head.

This post is part of a series about my adventures recovering from chronic digestive issues. View all posts in order here, or click “NEXT POST” below to keep reading.

This post is part of a series about my adventures healing from chronic digestive issues.

To view all posts related to my story (in order), click here.